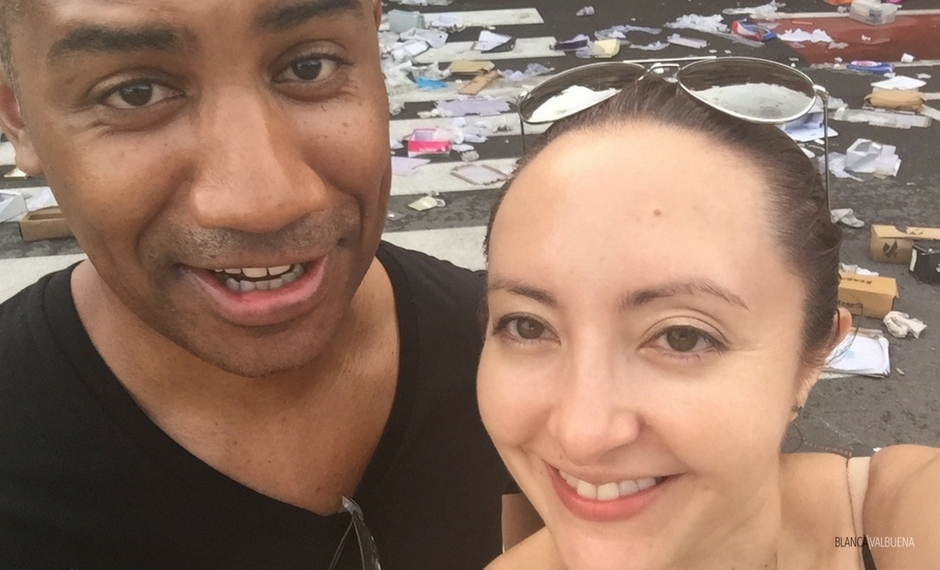 No…not really. Maybe a little bit. There is a history of colonialism. The Portuguese were one of the biggest slave traders in the world (move over you Dutch and British slave traders). But is Portugal racist now? I would say…a touch, but it’s different than countries like the US or Italy. Most people in Portugal are not racist, older people can hold on to stereotypes, but the nicest thing about Portugal is that even this is not malicious. It is rare to run into someone who is truly racist. Let’s see why.

Is Portugal Racist and How Does it Compare to Other Countries?

Here is a very non-scientific chart I put together on the racism I have felt in various countries that I have traveled to: 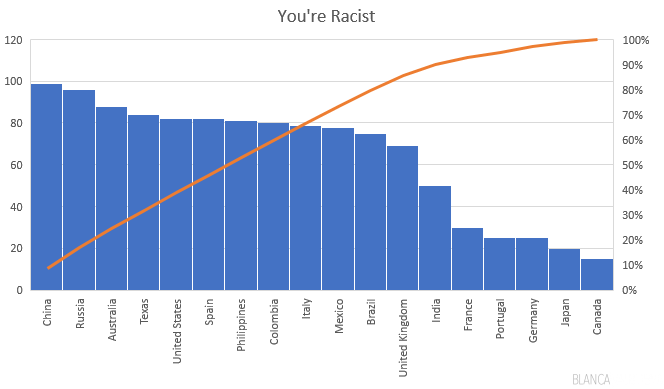 Bing also has a cool feature to see a heat map for racism in different countries: 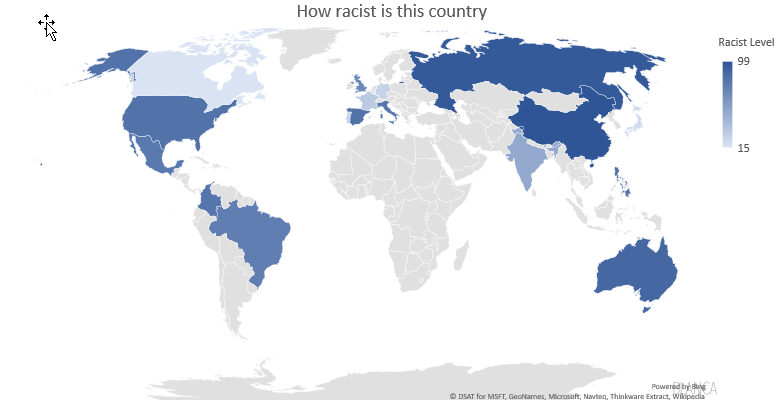 Here are the minorities on TV: 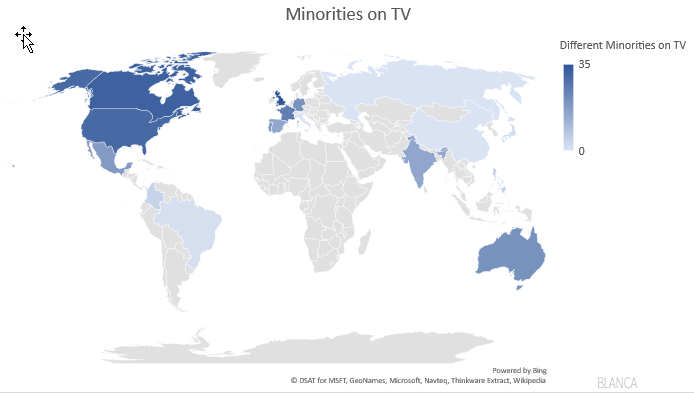 Notice a trend? The countries that are most racist have almost no minorities on their screens.  It like there is no diversity in China, in Russia, Colombia, and Brazil.

But we have outliers like the USA (that’s where I am from). There are plenty of minorities on television, but it is quite a racist place (especially in the middle of the country).

Portugal is quite different. I had a friend here tell me that “God created black people, God created white people, and the Portuguese created mulattos”. This is where we’ll start to set the scene.

In recent years, Portugal has been receiving more and more immigrants. This includes a steady influx from Africa’s former Portuguese colonies including Cape Verde and Angola. You will also run into people from Mozambique, and Portuguese India like Goa.

In the 90’s there was a flow of migrants from Eastern Europe: Russia, Bulgaria, Romania, and Moldovia.

As of the 2000’s the main influx has been from Brazil and China (the later due to the Golden Visa program).

In the past 5 years, the immigration is coming in from France (the French are currently the number one group purchasing real estate in Portugal), the UK, and Germany with a few expats from the USA.

Even with all this immigration, 94% of the population is Portuguese born.

Younger Portuguese are pretty open to everyone, especially in larger cities like Lisboa, Porto, and Coimbra.

The older community still holds stereotypes about outsider communities such as blacks or ciganos (gypsies). They will hold assumptions that crime, poverty and lower education are higher within these demographic groups.

For my own experience I haven’t had anything close to the racism you would see in US or China.  Yes I have had a security guard in El Corte Ingles go out of his way to follow me through the store.  But after he saw me a few times he would just say “ola” and nod.   Yes I have been mistaken for someone else because of the color of my skin (they honestly thought I was someone else who really didn’t look anything like me except he was brown skinned).

Anyway, all in a all I would happily say Portugal is not that racist.  Lucky me.