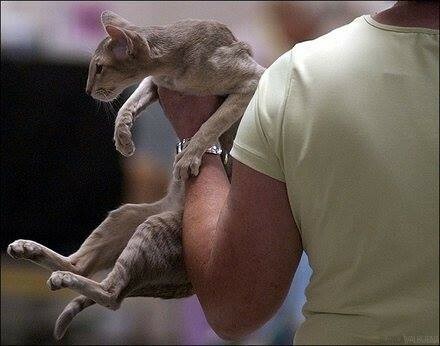 I preface this with the fact that animals love me.    Donkeys, 马匹, dogs…and yes cats.    They flock to me because maybe I am of their mindset.  They want food and to hang out.   Nothing more complex.  But the issue is….

CATS LOVE ME (except when I treat them like puppies).

So this is the trilogy of my cat drama.  Think Star Wars episode 4 – 6 (prequels sucked and new ones suck.  Disney people aren’t that stupid…or are they for the cash grab.)

We come home to our Lisbon apartment at night after listening to Fado. Blanca opens the door and a cat from the street runs in the house. Turns out the neighbors have been feeding the neighborhood cat. Blanca freaks…I freak. What do you do when a Cat runs into “your” house? Blanca gets that look on her face that tells me she has a plan. 起司.

She gets cheese from the fridge. This is the good stuff, it’s amanteigado, a butter style Portuguese cheese. The stuff is mushy and pungent. She puts it on every step towards the outside door. The cat smells it and is like…that’s some cheap sh*t. Cat proceeds to walk deeper into the apartment. Now he’s on the on the table hanging out with the plants. He’s officially moved in. I decided to take charge. I jump and grab the cat. Benny Hill Music ensues. This goes as only you can imagine it would. I am a human with no skills and this cat is a ninja with 8/9 lives left (at least).  15 minutes pass. I got him/her. He’s carried outside. No scratches had. TLDR Lisbon cats don’t like stinky cheese. 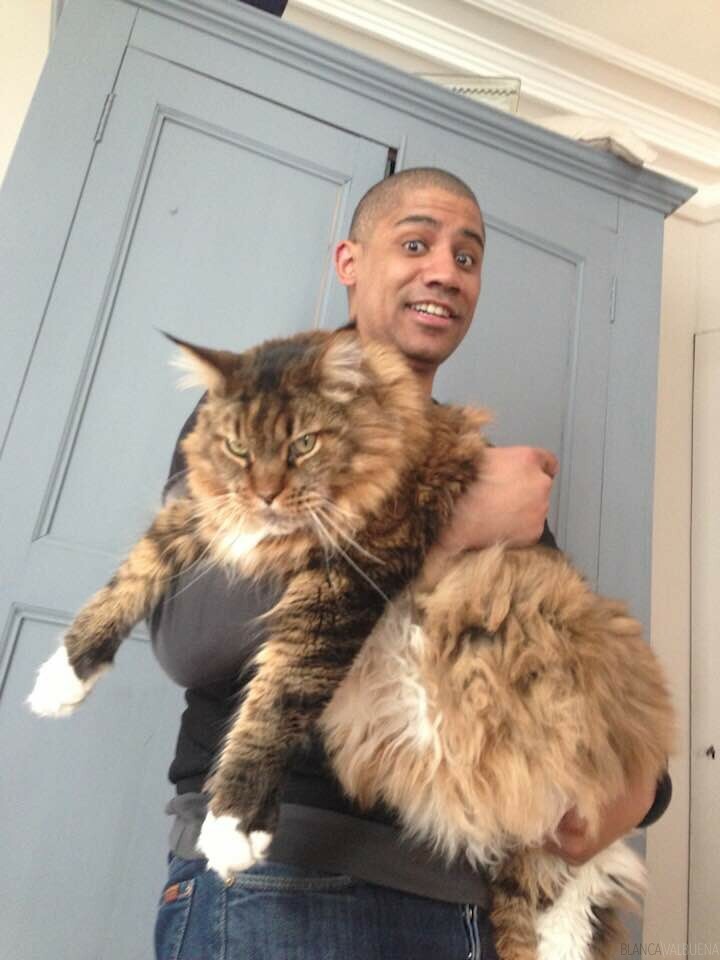 We rent a flat in the north of Paris near Vichy.    The lady who owns it is twenty-something-year-old piano player and very chill.   We reached out to her before our arrival to ask if we need to bring anything.  She tells us don’t bring anything, just make sure to feed my cats”.

除了, who the hell leaves their pets with total strangers.

When we arrived at the apartment, it was cute enough. It was nothing amazing, but seemed fine enough. As she is walking us through, we see Airbnb cat #1. Mahmet is small. Seems pretty nice. 好. We’re cool.

Suddenly, a lion comes into view. We agreed to two cats, not a cat and a house lion. This cat was at least 60 lbs. He stared at me with a look of hatred. He was ready to make my life a living hell.

My heart was beating fast. I didn’t know what I was looking at or what it was.   I slowly started walking backwards and gave Blanca a look that said “WTF”

Suddenly, our host begins to say…”I stole Mahmet from Turkey in my luggage when I was on holiday. He is very quiet.”  “Winnipeg I go from United States.  He’s a Maine Coon. They’re classified as the biggest cat in the world.   If this is a problem don’t worry. I can take Winnie with me, but Mahmet has to stay because my boyfriend’s house is not big enough for both cats, besides…this is Winnie’s house, so he’d be really upset if I moved him”.

Having just arrived in Paris, being tired and suddenly surprised with having to share our Paris adventures with a cat and a tiger…we meekly said “Ok”…but who’s gonna clean the litter box. Our host said she’d come in once a week to clean up. We’re not cat owners (we’re all about dogs – in case you’re curious, this is our Portuguese Podengo), so we said, “I guess that sounds great”.

I figured if I am going to spend 14 days with this tiger, I may as well introduce myself. I walk over and put out my hand to pet it. Winnie was not having it. Suddenly, I’ve got scratches all over my hand and a hissing lion on the attack. I could see the headlines. Stupid American couple rents Airbnb in Paris and is devoured by a tiger while sleeping.

After that fiasco, I realized that I am dealing with a wild animal that can easily destroy me. I decide to keep my distance. 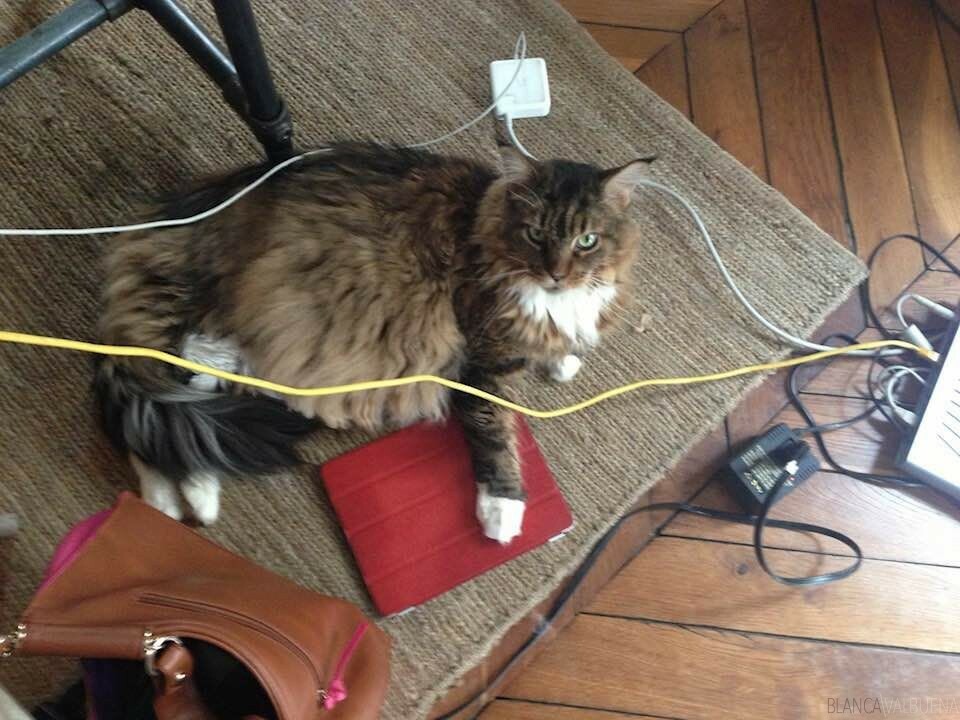 Blanca and I can’t sleep. Winnipeg is wreaking havoc all night. He’s knocking down plants, glasses, lamps (there were lots of little lights all over the floor in this apartment). Is it because he is a 60-pound tiger trapped in a smallish Paris Airbnb or because he is trying to let me know he is there and that he does not like me?

Blanca gets that idea look again.   Cheese (notice the trend).  We headed to the local fromagerie. We come home with a selection of French cheeses..normally we’d be thrilled, but this time, they were not for us, but for the “cat”.

Blanca gave Winnipeg a tiny bite of Comté. Suddenly, the beast began purring. The look of hatred melted off his face and we were dealing with a gentle kitten. Mahmet saw what was going on and demanded he be given some too. We had made new friends to share out cheese board with for the week.

As we mentioned, Winnie was fat. He was large, yes…but he was also fat. We quickly figured out these cats were bored out of their gourd. Blanca had heard about “Game for Cats” on reddit. I immediately demanded that she download it so we could lower the chances of death by a house cat. $2.99 later, we’ve got two cats who are addicted to the iPad. It was like crack cocaine. They liked it better than the cheese. When the iPad was turned off, Winnipeg would sleep next to it. If Mahmet tried to play with it, Winnipeg would smack the daylights out of Mahmet. We had to sneak the game over to the smaller cat so he could play.

Oh…and once a week for cleaning the litter box was not enough. We ended up having to clean up cat poop for 2 周. Maybe it was the fromage. 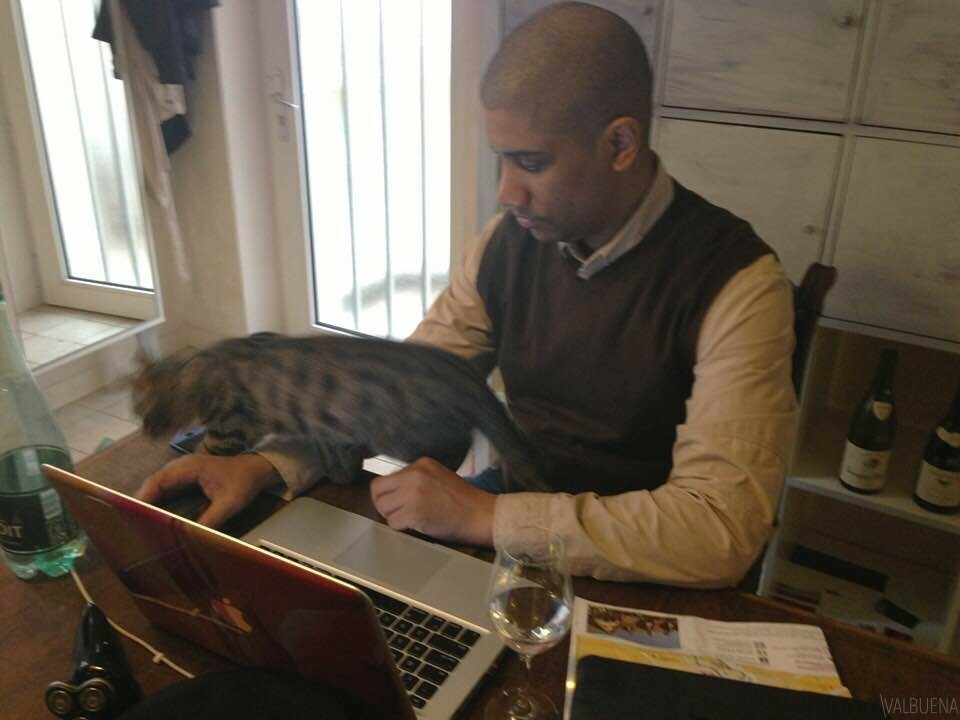 Every year, we make a pilgrimage to 博纳 in Burgundy for the Hospices de Beaune wine auction. If you haven’t been and you love wine…go. It’s incredible. Just to give you an idea, barrels sell for about  30k – 1 million Euro bids and usually by phone. It’s all for a good cause and it’s tons of fun. 照常, we rent an Airbnb.  It has an old stone courtyard, wine grapes, and a great layout. Because it’s France and it’s winter, the place is cold (all places we’ve rented in Beaune have been cold – it’s what you get when you combine old stone homes with frigid temperatures.

Our host is a “foreigner” to Burgundy. She has been living there for a loooong time…but we were told by our friends that she was a foreigners.   “Oh…the foreigner, we don’t really trust her”.  We didn’t even know this was a thing in France.  People from everywhere are in France but in small towns I guess it’s a mark. As a side note, she was lovely, had been married to a local, and her place was wonderful (we stayed with her twice).

…to the Airbnb cat story.

We were told by our host that to ward off the cold we could put the stove on, wear lots of blankets, and (wait for it…) snuggle with cats.   Yes, our host provided 2 kittens to keep us warm and protected from mice.

These “amenities” were not listed on the Airbnb write-up but were are a charming addition.  The kittens were sweet and a pleasure to play with. Our host lefts us bottles of classic wines from every Burgundy region to taste (at a price…of course) and the 2 kittens.   It was like having two crazy heating pads that stole everything, broke everything and played with everything.

It was the Thanksgiving season. I decided to make a full Thanksgiving meal with our local friends…the kittens made cooking challenging.

Because I am a “cat whisper”,  they would follow me everywhere I went.   It was surreal.  I was in a cafe and the kittens would be there on my lap.   I would be at the auction and they would be eyeing me through the crowds.

Antonio – “Blanca isn’t that the cats?”

So this became a thing, and may have gotten a bit out of control when we found them in our Fiat 500. I think they were trying to come home with us. Maybe it was the cheese…or maybe it was the Game for Cats.

On one of our return trips, I saw one of the kittens.   The “foreigner” had left the house and I think the kitten was now homeless or very independent.

Blanca looked at me and I looked at her.   We couldn’t figure out the right way of bringing a cat to Portugal.   So he stayed in Beaune.   We hope he is wandering, warming up guests at another AirBnB.

Its either the cat scratch fever, or the places we stayed at, but the Airbnb Cat experiences were so profound for me.   I love Airbnb and Airbnb cats. It is those little surprises that create an experience that is better than any hotel will ever be. 当然, sometimes they’re inconvenient…but isn’t life all about those little surprises and the stories you collect?

Although we enjoyed our Airbnb Cat adventures, we are dog people and will always be…but I miss Winnepeg…and little Mahmet…and the kittens with no names.  I live in Lisbon now, but those cats are always welcome at our home.