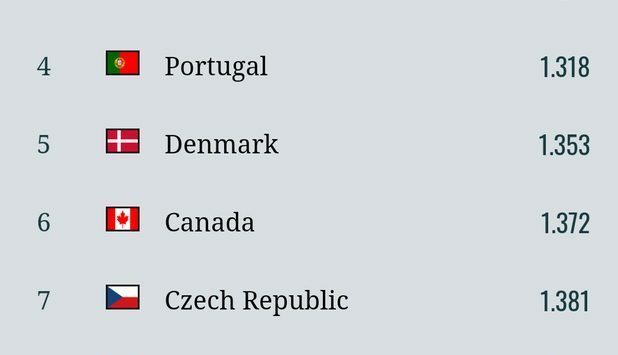 In 2012 I began visiting Portugal. I began to learn the language, meet the people, and eat all the best Portuguese food. I was filling in the gaps of my junior high school history/geography teacher with “What did the Portuguese do in 1492?”. Being here, I learned about their massive participation in the slave trade, the history of violence in Brazil, and how they reconciled with their past and became a better culture. This is what great nations do. They look at their past, talk about it, and try to empower the next generation to be better.

As I write this on my phone, I am walking near the city center of Lisboa. Tourists fresh off the cruise boats are clamoring for the best selfie with the Tejo (Targus) river. The city is an old culture that has modernized as fast as China in merely 10-years. The one thing I don’t really worry about is someone stealing my iPhone X (I’m looking at you Cali, Colombia).

In my travels through Colombian cities like Cali or Bogota, or those adventures in the Favela’s of Sao Paulo, I was acutely aware of my stuff and my surroundings. You have to be. In Rome, in 2014, I saw a pickpocket put his hand into a tourist purse (if you see something, say something). In Budapest, I saw a Romani begger get robbed by some drunk kids. The world is harsh at times, but not so much in Portugal. The biggest crimes are petty theft and crimes of passion. Unlike other places in the world, they are not mafia or gun related (looking at you United States). As long as you execute common sense (aka – don’t get drunk in Bairro Alto and try to buy MJ from the guys at the Miradouro), you should be just fine. 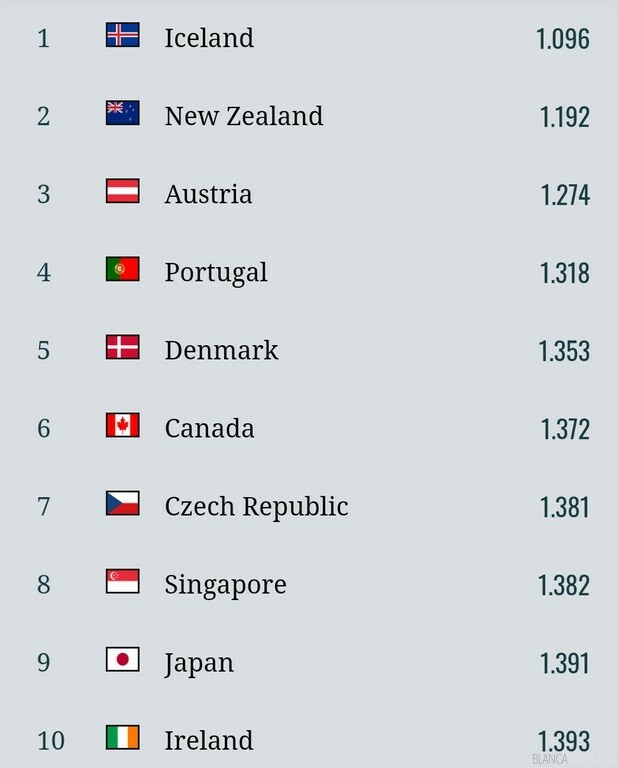 It struck me today that my newly adopted home dropped from #3 on the World Peace index to #4. Let’s take some time and bash numbers #1-#3 and talk about why you don’t want to live there.

2 New Zealand: Far from everything, cold and rainy.  Lots of sheep.

The Weather: First, there’s fantastic weather. After dealing with freezing weather, yellow and grey snow, and insane wind tunnels in NYC…it was time to make a change.

Safety: I eventually had to get to this part. Living in  New York I hardly ever felt unsafe. For such a densely populated city, it’s incredibly safe. So while I was not escaping safety issues in NY, it was a consideration. It would not make sense to move somewhere unsafe or where you need to always be careful that you aren’t giving papaya to thieves on the streets. Portugal’s safety was a huge point to consider in our choice to relocate. Let’s break down why Portugal is so damn safe.

As I mentioned before, there is very little violent crime activity in Portugal. You will get some pick-pockets and purse-snatchers in touristy areas of Lisbon, Porto, Sintra, Cascais, Mafra, Obidos, Fatima, Coimbra, Setubal, Porto, and in the Algarve. The islands (Azores and Madeira are ridiculously safe). To avoid petty crime in Portugal, be vigilant when you are surrounded by tourists, at miradouros, at cafes, or on public transport (like the 28 tram). Thieves usually work in packs with one causing a distraction while someone else tries to steal your wallet or cell phone. There tends to be more of this petty crime in the Summer and Winter holidays. I don’t want you to get scared at the items below, we have never been pickpocketed and only had our car broken into one time in all the years we have been visiting…these are just here so that you can be a more aware tourist or ex-pat.

Is Portugal racist? Not really. Yes, there are undertones of classism and racism, but nowhere near what you see or experience in other countries. If you’re darker-skinned (like me) you may get a dirty look from a Tia de Cascais from time to time, but that’s as much as I’ve experienced in all my time here.

When going to places like Sintra, Peniche, Nazaré, Guincho, Cabo da Roca, and Boca do Inferno use paid parking areas whenever possible. Thieves look for tourist rental cars (I suggest you remove the car rental company decal to seem a bit more like a local) to try to steal cameras or other valuable items that may be left behind.

While drugs are not “legal” in Portugal, they have been decriminalized. This has significantly reduced the amount of drug-related crime. Yes, drugs are sold here, but most Portuguese people don’t partake. They leave that to tourists in Bairro Alto. If you go to Lisbon, don’t be surprised if you get offered drugs for sale on the street. However, don’t bother – you’ll probably be sold some oregano.

What to do and what number to call if something happens in Portugal?

The equivalent of 911 is 112 and they will have English speakers available. If something really bad happens, contact your Embassy or Consulate. The consulate won’t be able to do everything, but they can help with stolen passports, contacting family, and suggesting legal representation should you need one.  Police are pretty good here. They aren’t threatening like in the US and they really feel like they’re here to help. However, they have a laissez-faire attitude towards petty crime. Because tourism is such an important part of the DGP, the Portuguese government works hard to make sure tourists are safe.