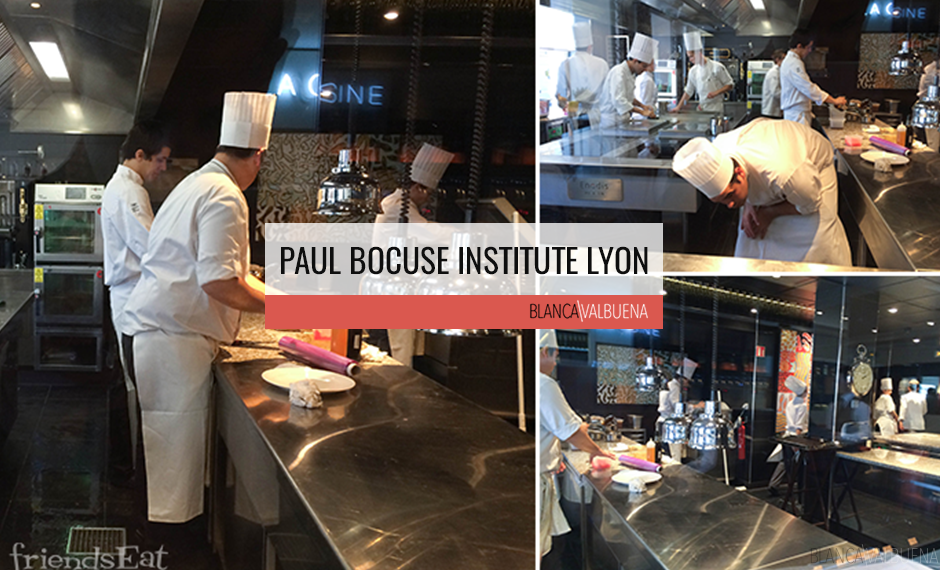 I am glad to say that I’ve crossed off another culinary milestone off my list. I’ve finally dined at one of Paul Bocuse’s restaurants. This one is very very special. It is the restaurant at the Institut Paul Bocuse in Lyon.  I am glad to report that it is incredibly delicious and surprisingly a value. Here’s the skinny on the Institute:

Just in case you’ve been living under a rock, Paul Bocuse is and has been one of the greatest when it comes to fine French cooking. He has maintained Three Michelin Stars for years, and has an unrivaled reputation. Bocuse and his restaurants are the gold standard which all other fine French chefs and restaurants measure themselves.

As such, the news of Paul Bocuse opening a new restaurant in conjunction with the famed Paul Bocuse Institut, is more than a little exciting.

This new restaurant will serve as both a teaching and training establishment for promising new chefs. It will also offers classes for mere mortals like you and I who want to play at being culinary rock stars for a day.

Yup, they have two gorgeous kitchens that will offer classes for regular people AND if you want, you can rent them out for corporate events, parties, or a really cool team building event…maybe next year’s FriendsEAT team meetup?

L’Institut has a truly global flavor to it, but it admits only the best students from affiliated schools around the world, including students from the UK, America, Japan, and more. There are students from more than 37 countries currently learning and honing their skills at L’Institut.

The result is a pleasant melange of traditional French cooking and ideology with fresh and new globalized perspectives. I can see that this will not only preserve traditional French cuisine, but also mix it with the flavors each student brings with him or her.

This multi-layered restaurant features several architectural quirks, including its close proximity to the nearby international hotel and a celebration of transparency.  This concept is celebrated and accentuated in several aspects of the establishment’s design; for example, both the main kitchen and pastry kitchen are viewable from the dining room, allowing guests and supervisors alike to watch as these future chefs prepare their dishes.  It’s really fun to see them at work and I love (and trust) few things more than an open kitchen.

The students are present and cooking at L’Institute on Wednesdays and Fridays.

I know I mentioned that the restaurant was sort of a bargain:

The food was fan-freakin-tastic. I had the Maigre de l’Atlantique.  It was cooked with its skin (which was crispylicious), with a macaroni gratin (can we talk about deliciously decadent) and topped with the most delicious beef sauce. Simply stunning. This was considered a plat so it was 20 Euros.

For dessert, I got  L’ananas. They were roasted pineapples, with honeyed madeleins and a mango sorbet. Best part about this dessert (besides it tasting delicious) was that I did not feel guilty after eating it. It was decadent, elegant, and light. A total winner.

And if you’re looking to skip Paris (it’s been done before) you can even stay at the hotel adjacent to L’Institut, I checked out the rooms and they are GOOORGEOUS.