Sorry if this post is a little scattered, but Petey passed away yesterday and I need to record everything about him before I forget it as shitty time happens to do all the time. The original post was “Meet Petey” and posted on July 5, 2013. Not sure why I decided to just update it…but here goes. 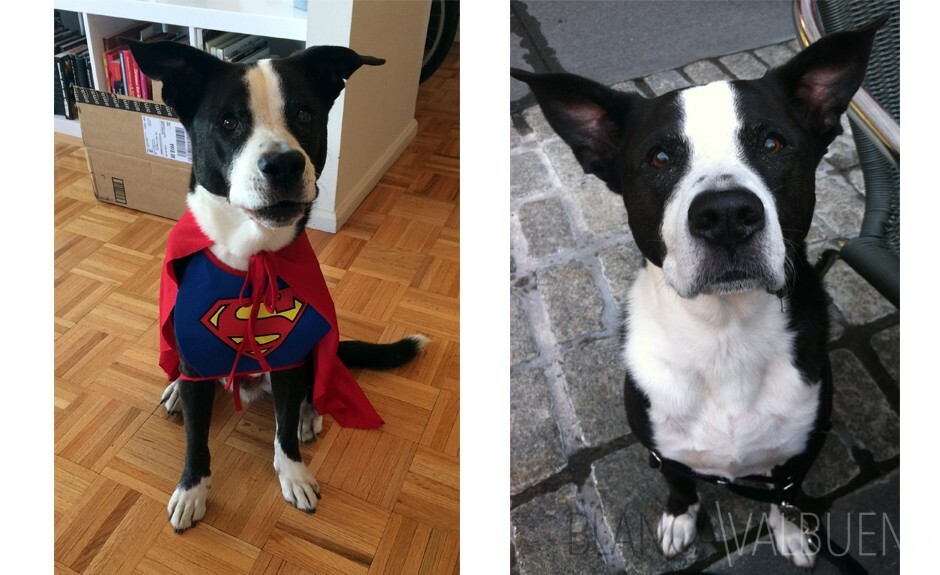 Petey was the best present I ever received. He came to me from my ex-boyfriend Kevin. I had been trying to break it off with him for about three months. Not because he was a horrible guy, but merely because I knew that our life goals did not meet. He was going to the Police academy and hoped to marry me so I could stay home and raise a litter of kids. This has never been my goal. My dad, a high ranking police officer in Colombia, beat the crap out of my mom on a regular basis. He held a sword to her neck, broke her nose, and even tried to kidnap me after they separated. Luckily, we lived accross the street from the Mayor of our town who noticed what was going on and took care of things. As I write this, I can see why I have always had such an aversion to marriage and child bearing. I was a school nerd/party girl and all I wanted to do was live in NYC, get a job at a gallery or museum and hobnob with the rich and famous. I think that Kevin’s last resort to getting me to stay was when he called to ask me if I wanted a puppy.

Of course I did. I had had dogs my entire life. My mom tells me that when I was born my dad’s German gave birth to a litter of 12 puppies. When I was around 9, I had a mini Doberman pinscher named Jerry. He was left in Colombia when we moved to the US in 1987. In my teens, my mom, grandma and I rescued an 11 year old Pomeranian. I named her Mimi. We think she was abused, but we gave her three wonderful years. Her passing was the first time I truly dealt with death. I hadn’t had a dog since because my mom’s new husband did not want a dog. For him, dogs were outside creatures. For me, they were part of the family. 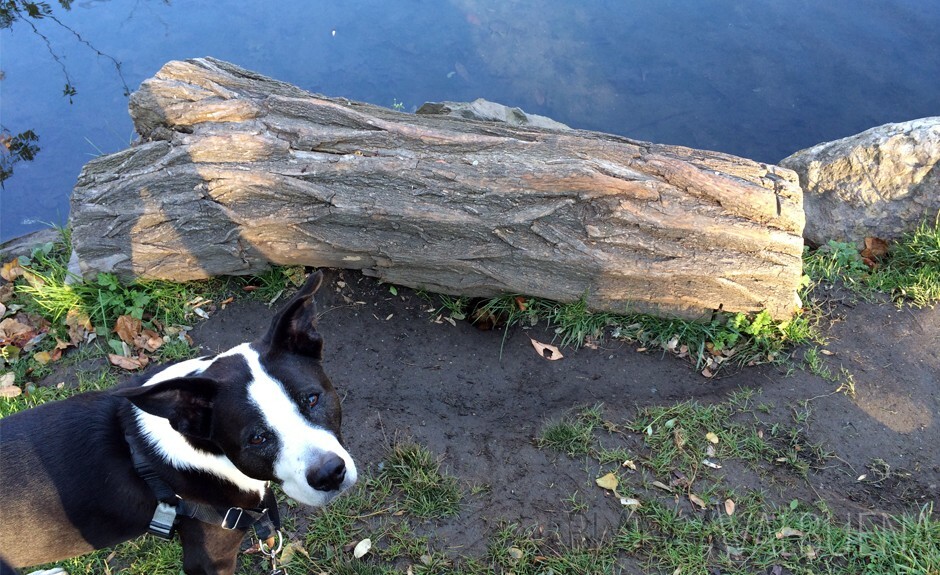 Turns out I was in a financial hole (college is not cheap) and I was living at home…but paying rent (cheap rent). I said fuck it. I pay rent, I am accepting Kevin’s gift. He was tiny. Petey was probably around 4 months old and he was all head and paws. I would sneak him up and down the stairs quietly to take him to the bathroom. He was soon house trained, but he grew fast and the secret was out. When Vasilios (my step father) argued that I could not have a dog. I threw in his face that my (step) brother and sister lived at home, did not pay rent, and had college money that he saved for them…which my brother used on a car (lost it in a race), and my sister (RIP) used when she ran away with her abusive boyfriend. Just for context, my mom was with him for over 20 years, but I never was treated as a “daughter”…which in all fairness, I was not. But I think my mom was not strong enough to assert herself due to his verbal abuse. She even once told me that his words hurt her more than any kick my father delivered. Getting Petey to stay at the house was a win in so many ways. 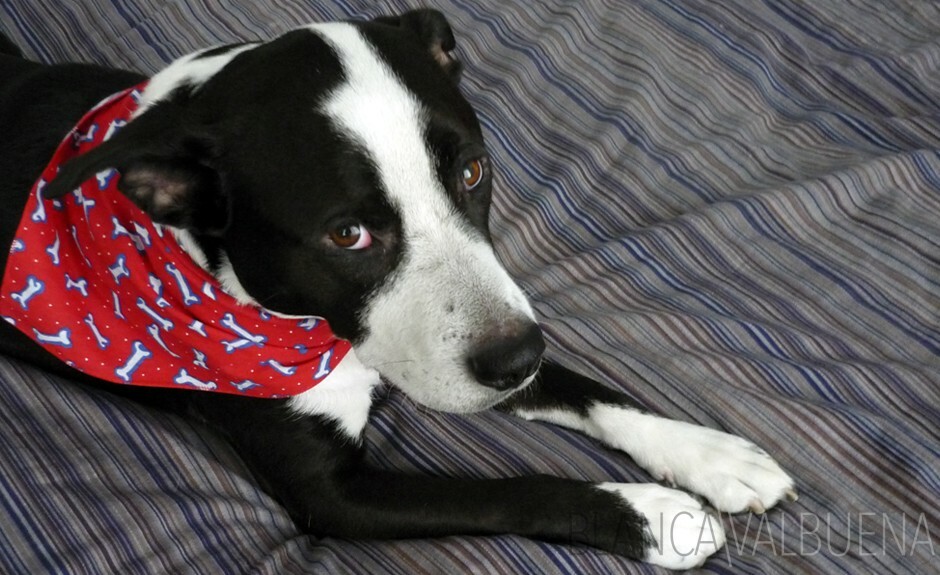 I finally got Kevin to understand that we were really broken up and started dating. Kat (my sister – who I loved like a sister – and still do) suggested Match.com. She was having fun with it. I was working at Nordstrom as in the Information Management department – auditing, inventory control, and loss prevention were all under our umbrella. I got paid shit and worked ridiculous hours, and I was not about to date anyone from work again (Kevin worked there). I said fuck it, I’ll do it. 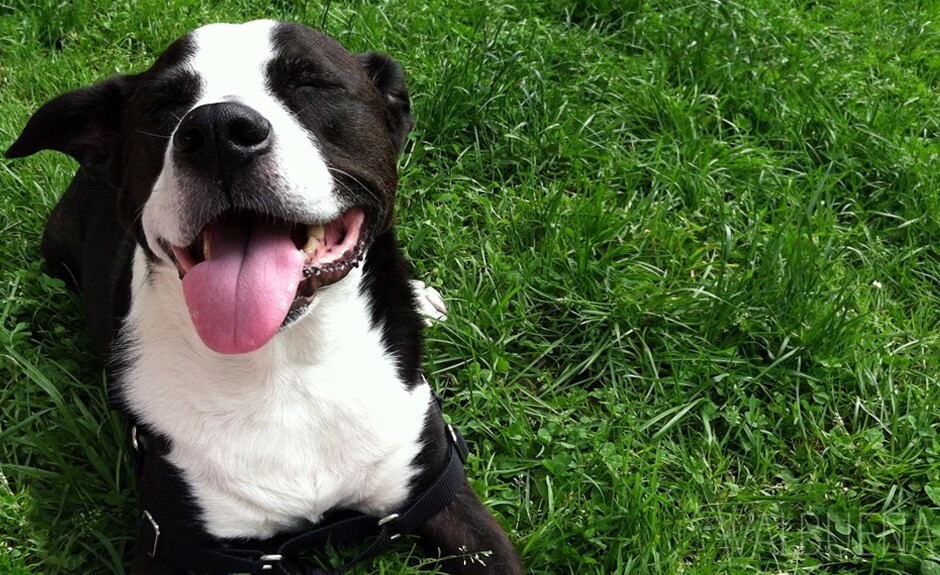 I updated my profile, uploaded my cutest picture and answered as accurately as I could. Do you want children – no. Do you want to get married – no. This turned out to be the best decision I made. I was soon chatting with “renoirm”. An American-Dominican-Cuban guy that lived in Long Island City, NY. I am a huge film buff, and he went to NYU for film.  We spent hours chatting about movies we loved.  I was thrilled at the prospect of not having to sit through another shitty action/jungle film. We set a date. 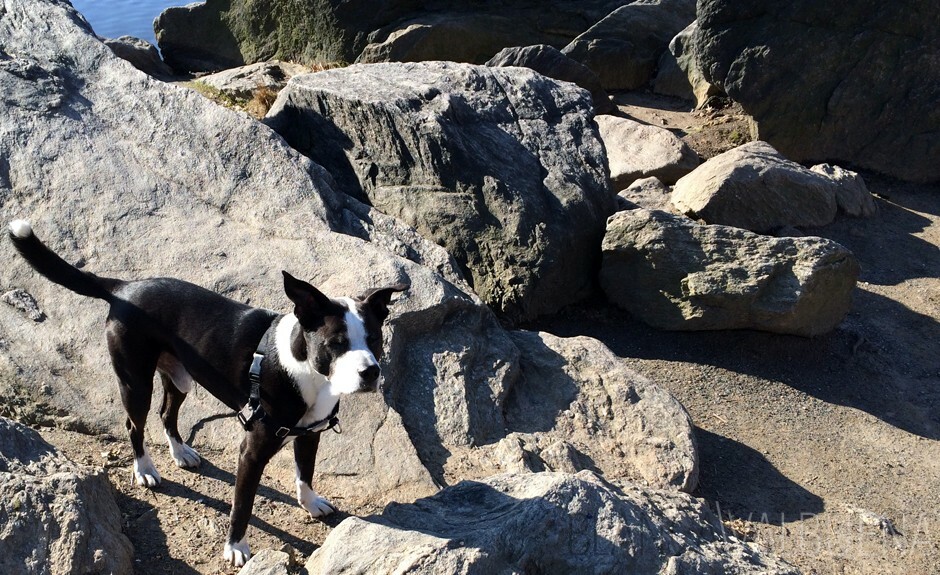 Antonio, Petey, and I soon became a family. The first night he stayed over, Petey ate his coach wallet and a couple of hundred dollar bills that were in there while we slept. Another day, he was putting lotion on his paws because they felt rough (normal doggy callousing from walking). I knew Antonio was it. Thanks Match!

Petey, Antonio and me at the lake at Ramapo Reserve circa 2006

There are so many memories we will have about our lives together. Petey was a ball of energy when he was little. He even had a signature move; the exorcist. He would spin around in circles super quick and lunge at you to knock you on your ass and lick you all over. He’d wake me at 2, 3, and 4 am to take him out on walks. He was never an indoor barker, but when we were in the park it was another story. He’d bark at geese, squirrels, anything he thought he could catch. He never had that pleasure…and maybe I should have given it to him.

As he grew older, he mellowed down quite a bit and got on Antonio’s schedule. Instead of waking up with me at 5:30 am, he’d wait for Antonio to get up to begin his day. He loved cuddling us on the bed and would wait for either of us to get up to take over the spot so he could sneak in some cuddles. He would sleep most of the day, but loved to walk and go to the dog run where he would try to hump every dog. I was never able to get this bad habit corrected.  At night time, he’d hop on our bed prior to us getting there and lay across it so neither of us could hop on the bed.

He also became a natural clock. Every day at noon and 5pm on the dot, he would come and sit and stare at me at my desk. He was saying “Bitch it’s dinner time. Get off your lazy ass and feed me”. I’m still amazed at the accuracy of his timing. Daylight savings time really messed him up. I loved that when he needed a bath, he would smell like cheetos…and if we let it go too long, he’d smell like Doritos. His nickname became Petey Cheetos.

Pete kept me company in my insane morning walks. On weekdays, we’d walk Riverside Park from 63rd Street to 100th Street and back. On weekends, we would either walk all the way to 125th Street or meet his Frenchie friend Claude to run leash free in Central Park. That was his favorite day of the week. When we’d have to leave them to come home, he would stand his ground, look at me and then look at Claude in protest of our leaving. 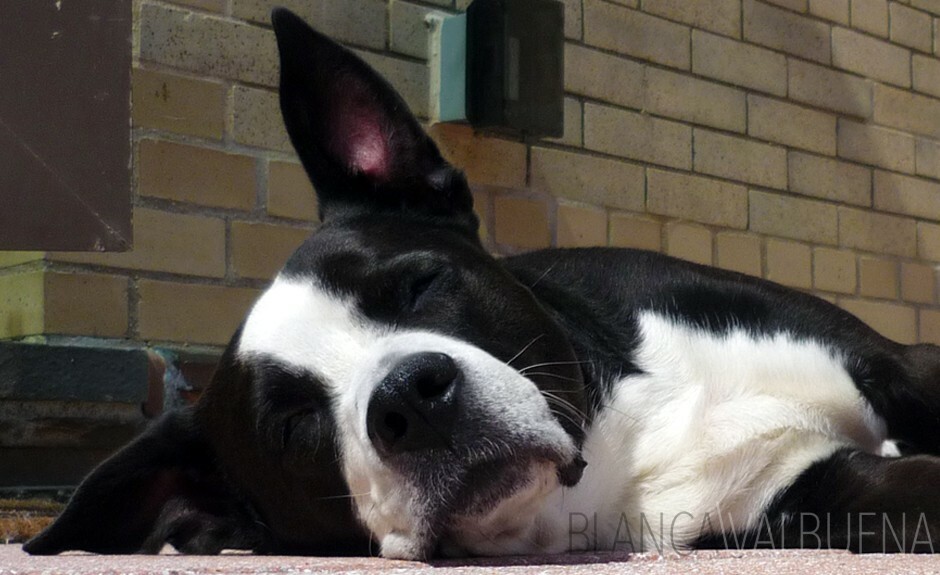 Peanut butter: The first time we gave him peanut butter, his “little pink marker” came out.

Swimming: He hated baths, but loved the beach and the lake.

6 Handed Massages: He’d love it when my mom, Antonio and I all pet him at the same time.

Stealing Food: Petey was an accomplished thief. He stole whole baguettes, avocados, apples, pears, whole fish, a tomato (that one he did not eat).

Hiking: Petey was an amazing climber and hiker. He loved the Palisades and any beach that had craggy rocks to climb. 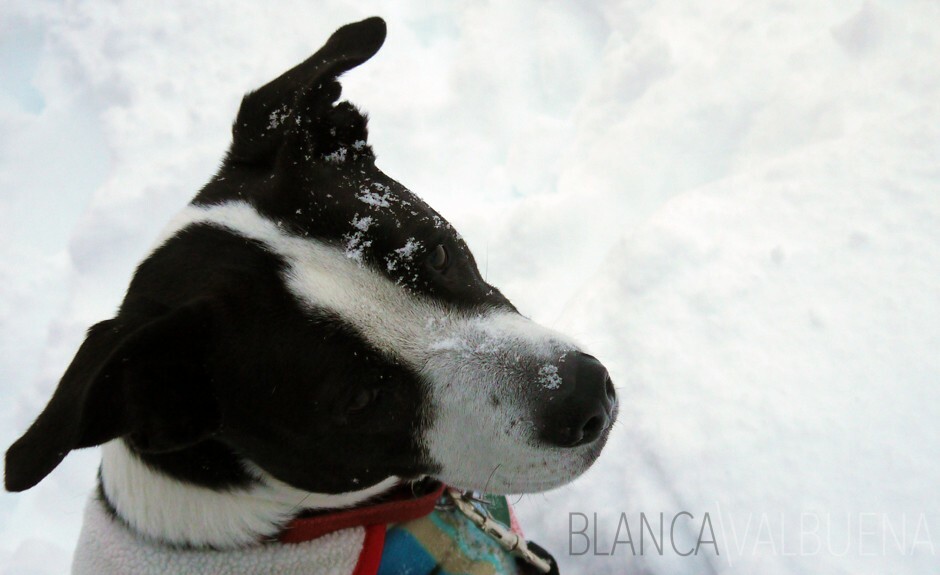 His last days. Antonio and I left for Portugal on June 17. He was to stay with Diane. She is incredible and has been his dog walker/sitter since he was a puppy (if you need a walker in the NYC/NJ area – message me. I’ll give you her info). I messaged Diane on the 18th and she said Petey was having a blast, eating well, and playing with his doggy friends. On June 23rd we got a note from her that he did not want to eat his food (he was on a strict diet of Stella & Chewys). She said she made him scrambled eggs, carrots and a steak and that he ate that. On July 2nd, she wrote us to tell us that his appetite was declining. I asked her to take him to the vet. He went to the vet the next day and we were told he had lung cancer. We booked the closest flight we could afford and were home to pick him up on July 6th. He went from a 54 lb hunk of love to a 37 lb mass of sadness in less than a week. On the 7th, we took him to the oncologist since the Cancer diagnosis came from a regular vet. The oncologist confirmed our worst fears. He adviced we take Petey home, give him some steroids to see if he would eat and be a little more comfy – but that he would last max a week. The next day, he was still not eating and drinking. His breathing was labored and we made the choice to shorten his suffering. That night we drove him to the vet for his final visit. In retrospect, I feel that I should have known.

He started to pull back on his walks, but I assumed it was old age..or stubborness. When he was a puppy he would plant his tush on the floor if I was not taking him the way he wanted to go. I thought this was the same thing. He was a little sluggish right before we left, but it was Summer. Summers were not his favorite time, too hot for him…so I thought it was just the heat. He would occasionally cough dry, but he had done this his whole life and the vets at Banfield where I took him had never told me to worry about this (grrrrr). While doing research, I found out that an unproductive dry cough is a very good indicator of lung cancer in dogs. I wish I had known this. 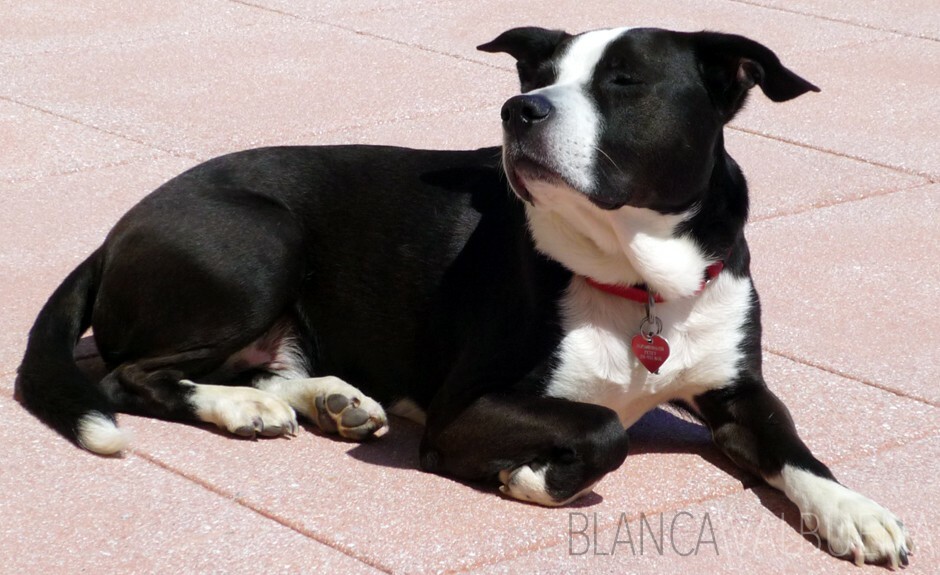 The Oncologist and the entire staff at Blue Pearl in NYC was amazing. I wish I had taken him there my whole life instead of crappy Banfield which I never liked. Even though Petey had no history of aggressiveness…he never bit anyone, they would muzzle him. I think that this was because he was a Pittie & because he would protest when they stuck the thermometer up his butt. Heck, I’d do the same. 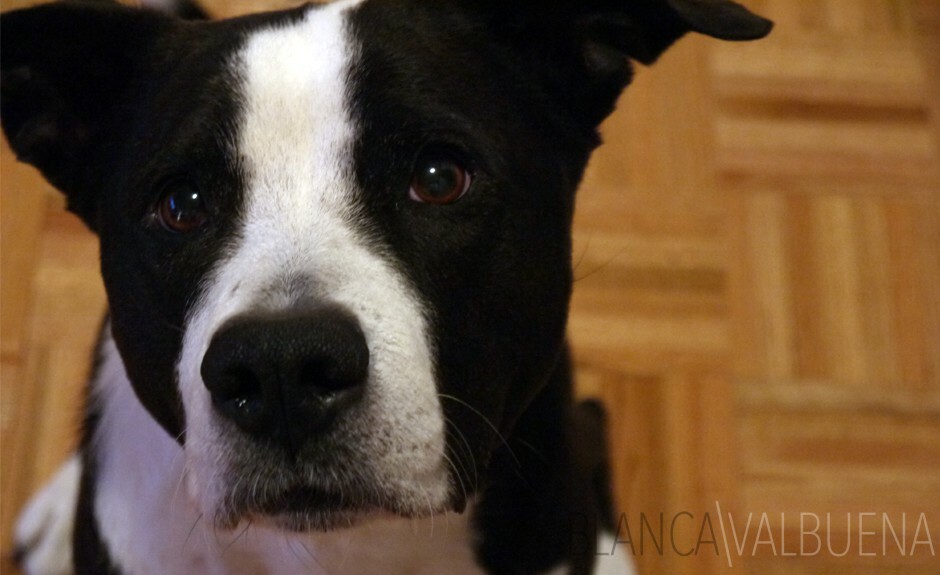 I told myself I would not cry during the procedure. I did not want Petey to see me cry when they put him to sleep. I wanted to make sure I was strong for him. I was pretty successful and made sure I looked at him as he passed.  I hope he went peacefully and with the least amount of pain. 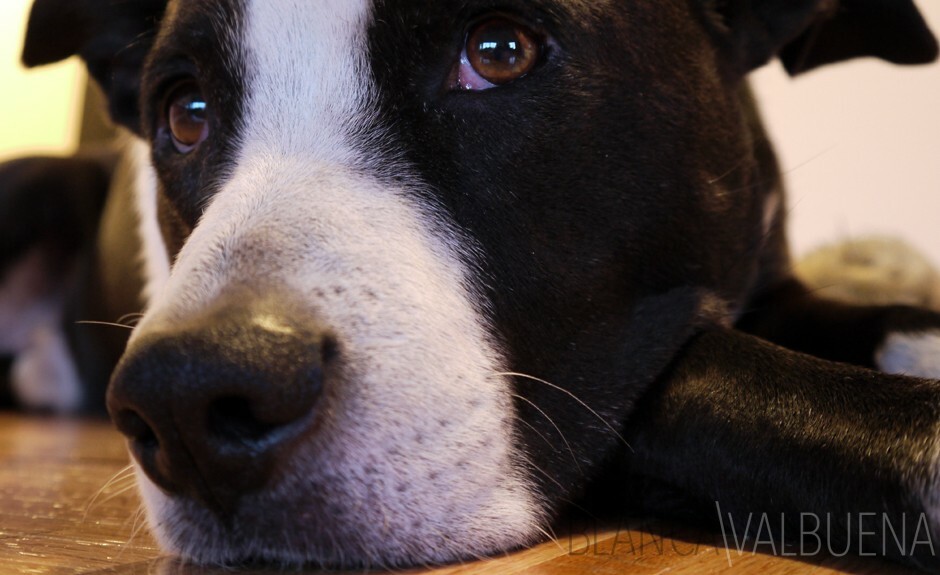 Sorry for the rant and go give your dog a hug. 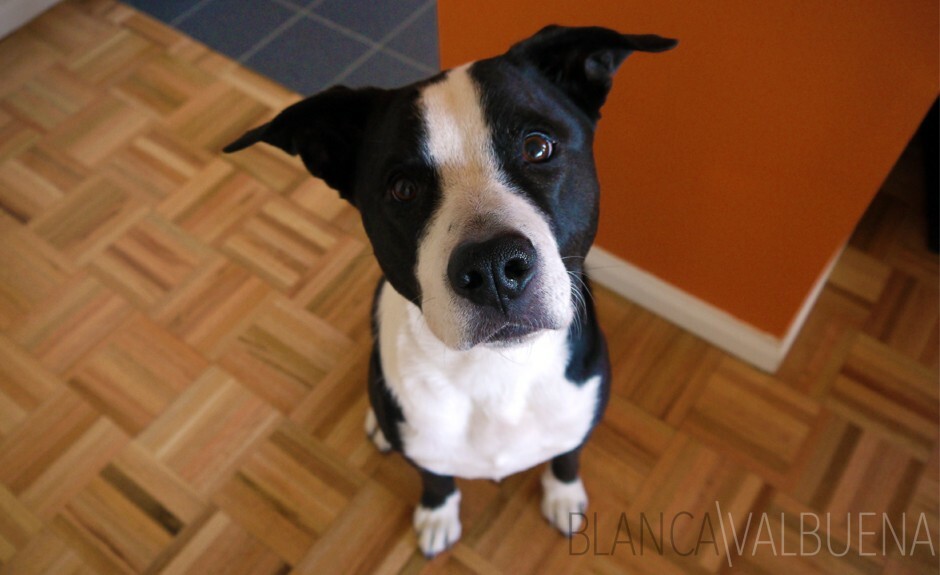 These are symptoms of lung cancer in dogs, keep an eye on your pups for these & check here for more info here. 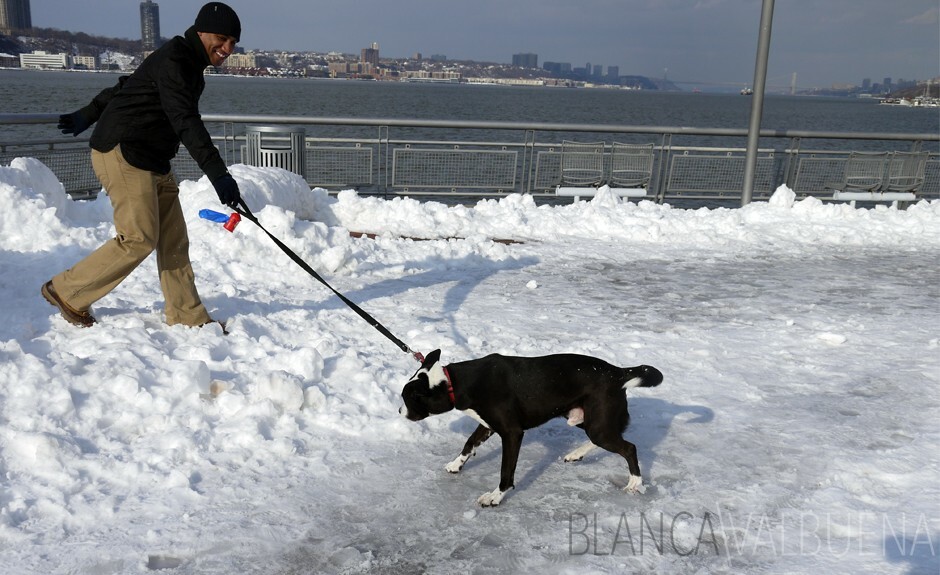