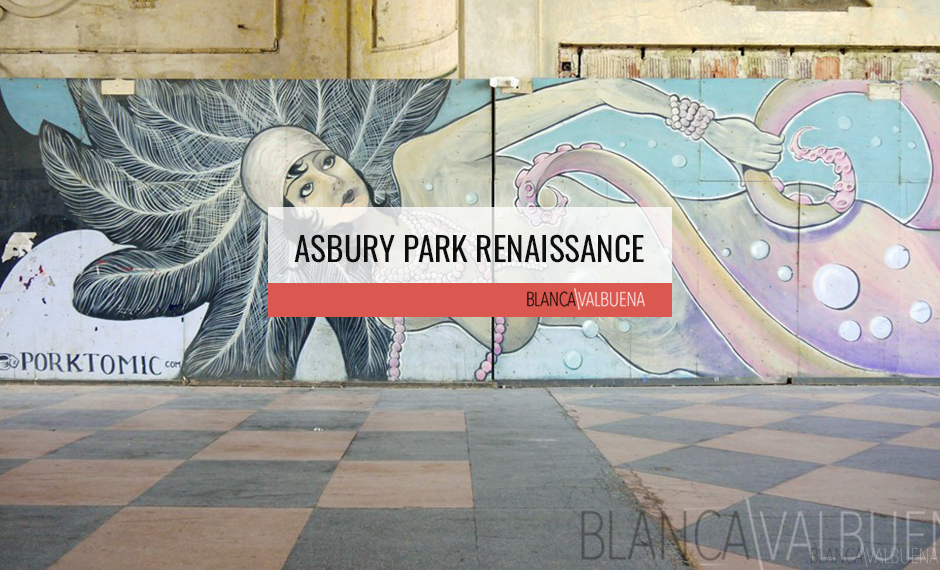 My first encounter with Asbury Park was in high school. My best friend and I drove down the shore to Deal beach because we felt it was much cleaner than Seaside Heights. We decided to drive down the “strip” in Asbury Park to check it out. We had heard that AP was not the safest place; but we were not ready for the decay, filth, the dilapidated nightclubs, and boarded up homes.  I would estimate this happened around 1994/95 (and now you know how old I am). Nineteen years later, Asbury Park has become gay vacation mecca, a real estate investor’s paradise, and a lovely place to spend a week not just in Summer, but also in the early fall. I put together the following travel tips for Asbury Park, NJ over my last few trips. If you have more, definitely add them to the comments.

Asbury Park has a pretty interesting history. It was the destination for the middle & upper middle class in the 20th Century, but after the race riots of the 70’s, the city became seriously depressed. The economy tumbled, and people stopped vacationing in the city. Homes were boarded up, the boardwalk and its landmarks went into disrepair, and people forgot about the city unless they were listening to a Bruce Springsteen song.

What is particularly nice about Asbury Park in its renaissance is that it is accepting of everyone. Unlike say, the Hamptons where mostly everyone who vacations there is white and affluent,  Asbury Park has quite a varied population (local and transient). While it is a gay & lesbian mecca, you will find families with strollers, couples with their dogs at the dog beach, older retirees, and immigrant workers. The city is varied in a beautiful way.

There are definitely still signs of decay, and Asbury Park has a long way to go. The old Asbury Park Casino is still in disrepair. The gorgeous carousel stands empty with broken windows and lacking colorful horses and sea creatures to bring smiles to the faces of children. But Asbury Park is on its way to a full renaissance. For example, the convention hall has been completely renovated (a few details like the copper ships can use a little love, but the items that need repair are very minor). Along the boardwalk, there are a decent amount of restaurants for you to choose from (none of them “good” but all “good enough”). Along Cookman Ave, you will find the better restaurants, bars and some great shops featuring local designers, artists, and artisans. People are buying up gorgeous homes (at amazing prices) and restoring them to their original splendor.

The beach in Asbury Park was surprisingly clean, spotless actually. I still would not go in the water, not just because there are some pretty crazy riptides, but also because it’s Jersey…and you never know whose dead body may wash up, but if you’re looking to catch some rays, play a little beach volleyball, or just enjoy the view, I think Asbury Park will definitely do the trick. This is especially uplifting since the Jersey Shore was just hit by Superstorm Sandy, and it is great to see that Asbury Park was not greatly affected.

THINGS NOT TO MISS IN ASBURY PARK

It was originally supposed to be designed by one of my all-time favorite architectural firms: McKim, Mead, and White. The issue was that James A. Bradley (the city founder) owned the land and he refused to sell it. When he died, it was purchased by  Arthur Steinbach who demolished the building that existed there and built the Berkeley-Carteret Hotel. Asbury Park was feeling the pressure to compete with NYC’s newly built Madison Square Garden (by McKim, Mead, and White), and with Atlantic City’s Convention Hall. By luck (or arsen), the Berkeley-Carteret burned down and Major Hetrick took his chance. He hired Warren and Wetmore (designers of Grand Central) to design the Convention Hall. It extended over the beach and water and had gorgeous views. It even had heating. The building was somewhere between French and Italian and peppered with charming nautical designs). Things you can do at the Convention Hall:

Connected to the Convention Hall by way of a public arcade is the Paramount theater.

These are still in the form of spirits from another era and I only wish for them to be brought back to life quickly (efforts seem to be going on). These were designed by Beaux-Arts architects Whitney Warren & Charles Wetmore. This is the loveliest spot on the boardwalk. If you’ve seen the movie the boxer, then you have an idea of what this building looks like.  The casino is completely open right now. As one walks through, one can see the original plaster details. Currently, there’s a wall with a painting of a flapper style Cecelia (octopus mermaid type). She hides the restoration work that is going on in the former skating rink. The Cecelia would be right at home in Williamsburg.

The space that housed the carousel is now empty and some of the windows are broken. (If you’re interested, the carousel is at Family Kingdom Park in Myrtle Beach, the original horses are gone, but there are replicas in their place). The building is marked by gorgeous copper window frames that now have a verdigris patina. On the corners are spider web designs and images of Pegasus. The focal point of the windows is a gorgon trapped in a whirlwind. The windows are simply spectacular.

The building directly to the left of the Casino is the Heating Plant. Even this completely utilitarian building was made to be aesthetically pleasing. It is marked by bronze urns that once released steam. It even has a loggia that overlooks the canal, this is the way I dream all utilitarian buildings be made. Camouflaged to fit the landscape. I look forward to this building’s rebirth.

In case you don’t know it, I am a Jersey Girl. Although I was born in Colombia, I consider myself 100% Jersey (and you’d believe it too if you ever saw my childhood pictures, there was always a can of aquanet in my purse). Needless to say, The Stone Pony is an important place to me. This is where Bruce and Jon got their starts. It was a beer hall that at one point started allowing live music to be played. It went out of business and re-opened as a biker bar. In ’74 it became the Stone Pony. It closed for a bit but re-opened in 1992. Catch a show while you are in Asbury Park, you never know if you’re seeing history being made.

Yappy Hour at the Wonder Bar

I am a doggy guardian. I will always favor a place that lets me chill out with my four-legged companion. Unlike snobby Cubacan (who was completely empty and had a huge outdoor area and declined to seat me – when every other restaurant on the boardwalk let us in with our dog), the Wonder Bar knows that dog people love to spend money and that we’ll become loyal to those who cater to our doggy’s whims. They set up a pool for your friends to cool off in the summer and even have hours for little pups only. This place is a total win!

Get your Fortune Read at Madam Marie’s

Madam Marie is no longer there (she passed away in 2008), but what the heck. Madam Marie was the one who told Springsteen he would be famous. He also read the fortune of the likes of Woody Allen, Judy Garland, Ray Charles, Perry Como, Diane Keaton, and Elton John.

You can’t miss the beach. Like I said, I’m kind of an ocean snob. If I can’t see through the water, you won’t catch me in there. But the sand is clean, the sunrise is gorgeous, and it’s a great spot to picnic or get a little physical action. Here’s some important stuff you need to know:

Talk about a gorgeous park. If you’re into birds, go there. There are different types of herons, ducks, you name it. You may run into a homeless person or two, but they probably don’t even care that you are there.

Stephen Crane, who authored “The Red Badge of Courage”  lived at 508 Fourth Avenue in Asbury Park. The house hosts literary, musical, film and cultural programs. Makes for a nice history lesson for the kids (or dorky adults like me).

Love Plants vs. Zombies, or 28 Days Later…then you’ll love this. Thousands of people dress up like brain-eating zombies and parade along the Asbury Park boardwalk. They also give blood to the Central Jersey Blood Center (these are some nice zombies).  Super fun event.

HOW TO GET TO ASBURY PARK

WHERE TO STAY IN ASBURY PARK

Berkeley Hotel: It is a fine hotel. Rooms are modern, comfortable and clean. The hotel is dog-friendly, and it has a pool. Ask ahead of time if there are parties going on. The soundproofing is not the best, so if you have loud drunk people on your floor, sleep will be an issue.

Airbnb: My first choice. $100 for a gorgeous 2 bedroom apartment that comes with bikes and amazing hosts. The apartment has a kitchen, so we saved money by making breakfast daily. Seriously, skip the hotels. This Airbnb is dog-friendly too. Look for Laine, you will not regret it.

The Empress Hotel: If you want to party like a rock star, this is your spot. My rock star days are over…so have a couple of shots in my honor while I sleep tight at Laine’s place.

WHERE TO EAT IN ASBURY PARK

Sorry AP, but you have a crappy dining scene. I know you are trying, and I know it is getting better, but I did not find anything that I really fell in love with. Expect all the stuff on the Boardwalk to be fine, edible, but of all the places I tried, nothing was really outstanding. These are a few that we enjoyed (updated 2017):

I had an amazing time in Asbury Park. It is a lovely city with tons of stuff to do and a lot of history. Go, check it out and fall in love with the Jersey Shore.